Roberta Belanger, President:​  Roberta was born in Michigan and grew up in the Panama Canal Zone.  She relocated to Kerrville, Texas where she attended Schreiner University and began her career in banking.  She moved to Boerne in 2003 where she is employed by Frost Bank as a trust administrator.  Roberta has held leadership positions in several non-profit organizations including the Hill Country Youth Ranch, the Boerne Public Library Foundation and The Old Jail Museum.  When not spending free time with her family, Roberta enjoys attending arts & culture events in the Texas Hill County especially live music performances. She enjoys nature where she finds beauty in all of God’s creations.​

Emily Swope, Vice President:  Emily gave her time, talent, and financial resources to help start CWJC and develop it into “the program” for women in the greater Kendall County area. She became involved in community service since the day she arrived in Boerne in 1979. Besides CWJC, Emily has led various boards including the Chamber of Commerce, Noon Rotary Club, Republican Women’s Club, Boerne Area Community Center, and Montessori School, and still supports numerous other community organizations.  She was the San Antonio Assn. of Realtors  “2008 Realtor of the Year” and the Boerne Chamber’s “2008 Business Woman of the Year.”  Emily is married to Perry Edmonson and they are members of Summit Christian Church, San Antonio. Serving God, the needs of her family, and this community are paramount in Emily’s quest to fulfill the purpose God has for her. 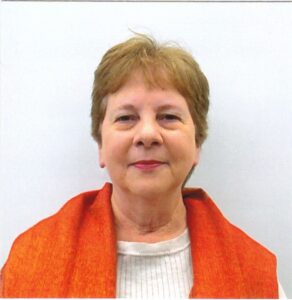 Melinda Huff, Treasurer:  Melinda was born in Corpus Christi, Texas and earned her Bachelor’s Degree from Baylor University.  She received a Master’s degree from North Texas State University and her Juris Doctorate from Southern Methodist University. Melinda and her family moved to Boerne in 2003 from Dallas where she had practiced law for over 20 years as a trial lawyer.  Once in Boerne, she volunteered to work as an attorney ad litem representing children in the care of the Texas Department of Child and Protective Services.  She retired from her practice in 2019 but continues her involvement with children in CPS care.  She currently serves on the Board of Directors for Hill Country CASA and is active in area charitable organizations which support her love for animals and nature.  Melinda is a member of Woodland Baptist Church.

Lynn Heckler, Secretary & Executive Director: Lynn was the Lord’s instrument to begin CWJC of Kendall County in 2004. After six months of ​​praying for how to help women become free from bondage and introduce them to Jesus Christ, the Lord brought her in touch with CWJC, a Woman’s Missionary Union program. Lynn retired from the Air Force in 1999 and since then has devoted her life to local Christian ministries. She served on the Ladies Ministry Council at First Baptist Boerne; as FBC’s Care Boerne outreach leader partnering with other ministries, and as a member of the Boerne Chamber’s Small Business Council. Lynn has a M.S. in Nursing and a breadth of experience in leadership and administration. She is married to former Boerne City Mayor, Dan Heckler.  They are members of First Baptist Boerne.